Diverticulitis, specifically colonic diverticulitis, is a gastrointestinal disease characterized by inflammation of abnormal pouches—diverticula—which can develop in the wall of the large intestine. Symptoms typically include lower abdominal pain of sudden onset, but onset may also occur over a few days. In North America and Europe, the abdominal pain is usually on the left lower side (sigmoid colon), while in Asia it is usually on the right (ascending colon). There may also be nausea; and diarrhea or constipation. Fever or blood in the stool suggests a complication. Repeated attacks may occur. The causes of diverticulitis are uncertain. Risk factors may include obesity, lack of exercise, smoking, a family history of the disease, and the use of nonsteroidal anti-inflammatory drugs (NSAIDs). The role of a low fiber diet as a risk factor is unclear. Having pouches in the large intestine that are not inflamed is known as diverticulosis. Inflammation occurs in between 10% and 25% at some point in time and is due to a bacterial infection. Diagnosis is typically by CT scan, though blood tests, colonoscopy, or a lower gastrointestinal series may also be supportive. The differential diagnosis includes irritable bowel syndrome. Preventive measures include altering risk factors such as obesity, inactivity, and smoking. Mesalazine and Rifaximin appear useful for preventing attacks in those with diverticulosis. Avoiding nuts and seeds as a preventive measure is no longer recommended since there is no evidence these play a role in initiating inflammation in diverticula. For mild diverticulitis, antibiotics by mouth and a liquid diet are recommended. For severe cases, intravenous antibiotics, hospital admission, and complete bowel rest may be recommended. Probiotics are of unclear use. Complications such as abscess formation, fistula formation, and perforation of the colon may require surgery. The disease is common in the Western world and uncommon in Africa and Asia. In the Western world, about 35% of people have diverticulosis while it affects less than 1% of those in rural Africa, and 4 to 15% of those may go on to develop diverticulitis. The disease becomes more frequent with age, being particularly common in those over the age of 50. It has also become more common in all parts of the world. In 2003 in Europe, it resulted in approximately 13,000 deaths. It is the most frequent anatomic disease of the colon. Costs associated with the diverticular disease were around US$2.4 billion a year in the United States in 2013. 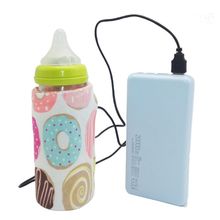 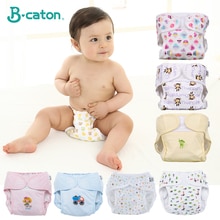